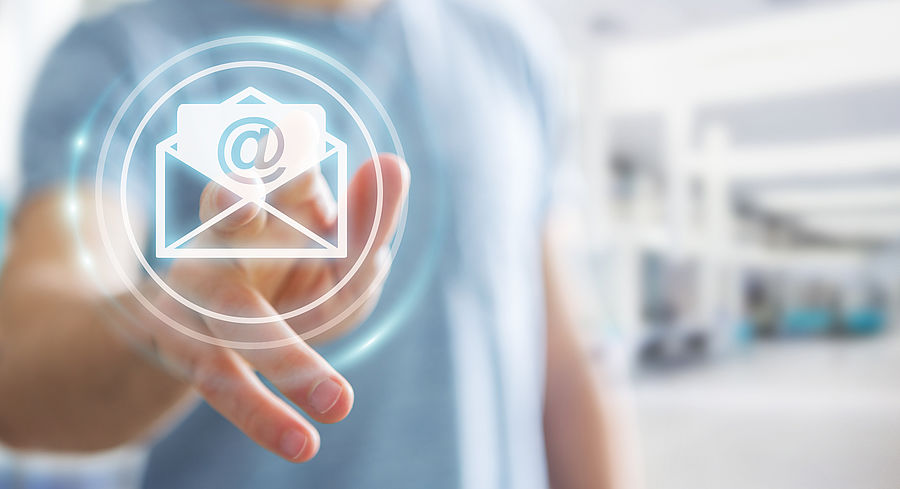 The cc function can be dangerous. Back in 2002, BBC Radio hired two football commentators for that year's World Cup. One of the sports editors sent a joke email to a colleague, saying that they were both 'crap'. Unfortunately, he copied in the entire BBC sports department by mistake: 500 people in all! He didn't lose his job, but it was very embarrassing. Clearly, this is an extreme example. But the question of when and how to 'cc' people can be tricky for everyone. Some people like to be copied in, others hate it. Here are five tips on how best to use the cc function.

The abbreviation ‘cc‘ stands for ‘carbon copy‘. It dates back to the time before email and before photocopiers. In those days, if you wanted to make a copy of a letter, you had to duplicate it while typing. To make the copy, you put some carbon paper between two pieces of blank paper and loaded them all into the typewriter. This blue or black sheet would transfer the keystrokes onto the back piece of paper. Note that, in informal contexts, you can use cc as a verb as well (e.g. ‘Shall I cc Mark?‘). ‘Bcc‘ simply stands for ‘blind carbon copy‘.

Tip 1: Use the cc function sparingly

The main use of the cc function is to keep people in the loop. The danger is that you might end up overloading your colleagues' inboxes with irrelevant emails. Copy emails can also be difficult to understand. That's because the person copied in is often not familiar with the original conversation. So, think carefully before you use the cc function. If you need to send an email to several people and expect them all to reply, then you should put all their email addresses in the 'to' field.

Tip 2: Sometimes, it's better to forward the message

If someone is overseeing a project, they may need to be copied in. But if you just want to share information from the email with someone, it's best to forward the email to them with an explanatory note. That way, they will know why they are receiving the email and what they need to do with the information.

Tip 3: Check before you cc

If you are working together with someone on a project, don't assume you know what their priorities are. In my last company, I used to get annoyed because my colleagues never copied me in. It meant I often felt left in the dark. But my colleagues had the opposite problem: they felt that I sent out too many irrelevant emails. With each new project, establish some ground rules about cc'ing each other at the outset. Ask them if they want to be copied in and what they want to be copied in on. You can see an example question below.

I just wanted to talk about the new project with Acme Ltd. When I email the client, do you want me to copy you in / cc you? It might help to make sure we are all on the same page.

If a colleague is dragging their heels, it can be tempting to copy in your boss to add extra pressure. But it's better to tell your boss about the problem directly rather than clogging up their inbox with extra emails. Before doing this, you should warn the other person first. Otherwise, it could look as if you are telling tales. For example, you could write to them and say:

Sorry, Bob, but I haven't heard back from you about this upcoming pitch. I wrote to you about it on 1 and 5 August. I need your feedback urgently or we could lose the client. Please can you get back to me by tomorrow? Otherwise, I may need to get my manager involved.

People can feel shamed if they receive critical comments. This is especially true if the criticism is delivered in public. So, if you need to give negative feedback, don't cc it. Send a private email instead. Or better yet: pick up the phone and deliver your criticism in person. Otherwise, people might think that you are trying to show them up.